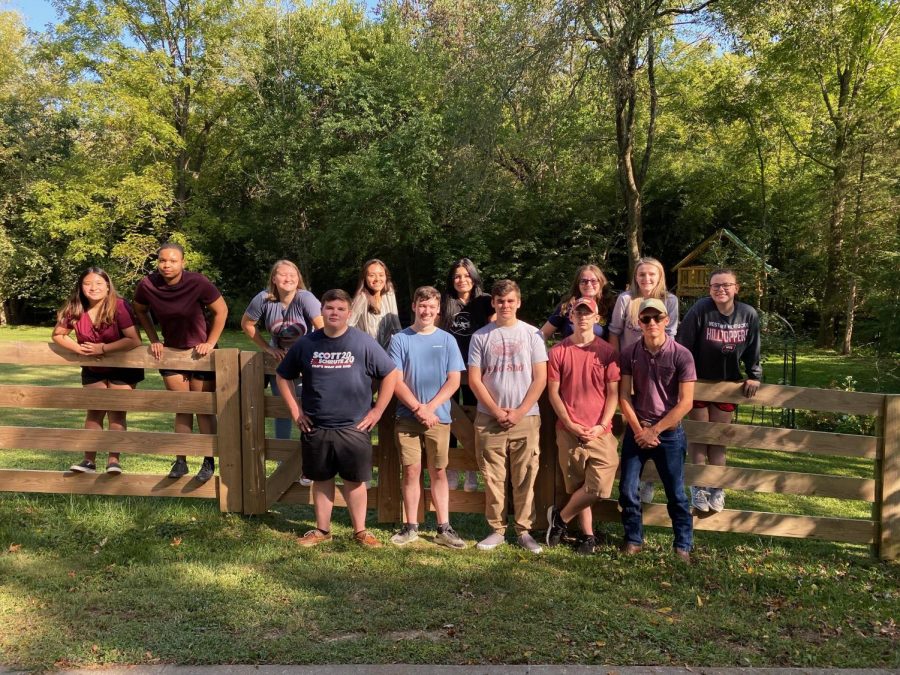 Freshmen cadets in Fern Creek’s MCJROTC program have many things to look up to. They look up to the leadership they will endure throughout their years at Fern Creek, the test of their physical capabilities, but most importantly the billet they receive at the end of their junior year. A billet is a role they are given based on their capabilities. These roles hold a lot of responsibility. Billets are based on the chain of command, which the order of billets listed is highest to lowest, that all cadets learn at the beginning of the year.

The seniors have endured many tasks to receive their billets. They have planned a Marine Corps Birthday Ball and a Marine Corps Birthday Ball ceremony, gone to Fort Knox twice for Land Navigation, and proven that in the 3 years that they wanted to, and should, be a cadet in the most decorated MCJROTC program. Performance on these tasks is how the instructors chose each billet holder.

Billets come with responsibilities. This year, Cadet Jacob Mohn is given the responsibility to withhold two very important billets. Mohn was given his first billet his junior year as the Leatherneck Drill Team Captain. Mohn continuously showed his dedication to the program and this year was also given the highest ranking billet, the Battalion Commanding Officer.

“Having two billets is very honoring but also gives me large boots to fill” said Mohn. Mohn has learned so much in his time in MCJROTC that he decided to further his steps and enlist in the United States Marine Corps.

Because of restrictions due to Covid, the Class of 2021 had their promotion ceremony taken from them. This special event is where they would learn what billet they received. Lt. Colonel Roger Angel and First Sergeant Jay Foote are trying their hardest so that these seniors have the best year possible.

The MCJROTC seniors at Fern Creek are devastated that they don’t get to have all the things they were looking forward to since being in the program as a LE-1. But, thanks to their hardworking instructors, they are all hard at work being seniors in each class period. Some are conducting community services, some are teaching classes, and some are still waiting for their responsibilities to come up. This program has done amazing things for each one of the seniors.